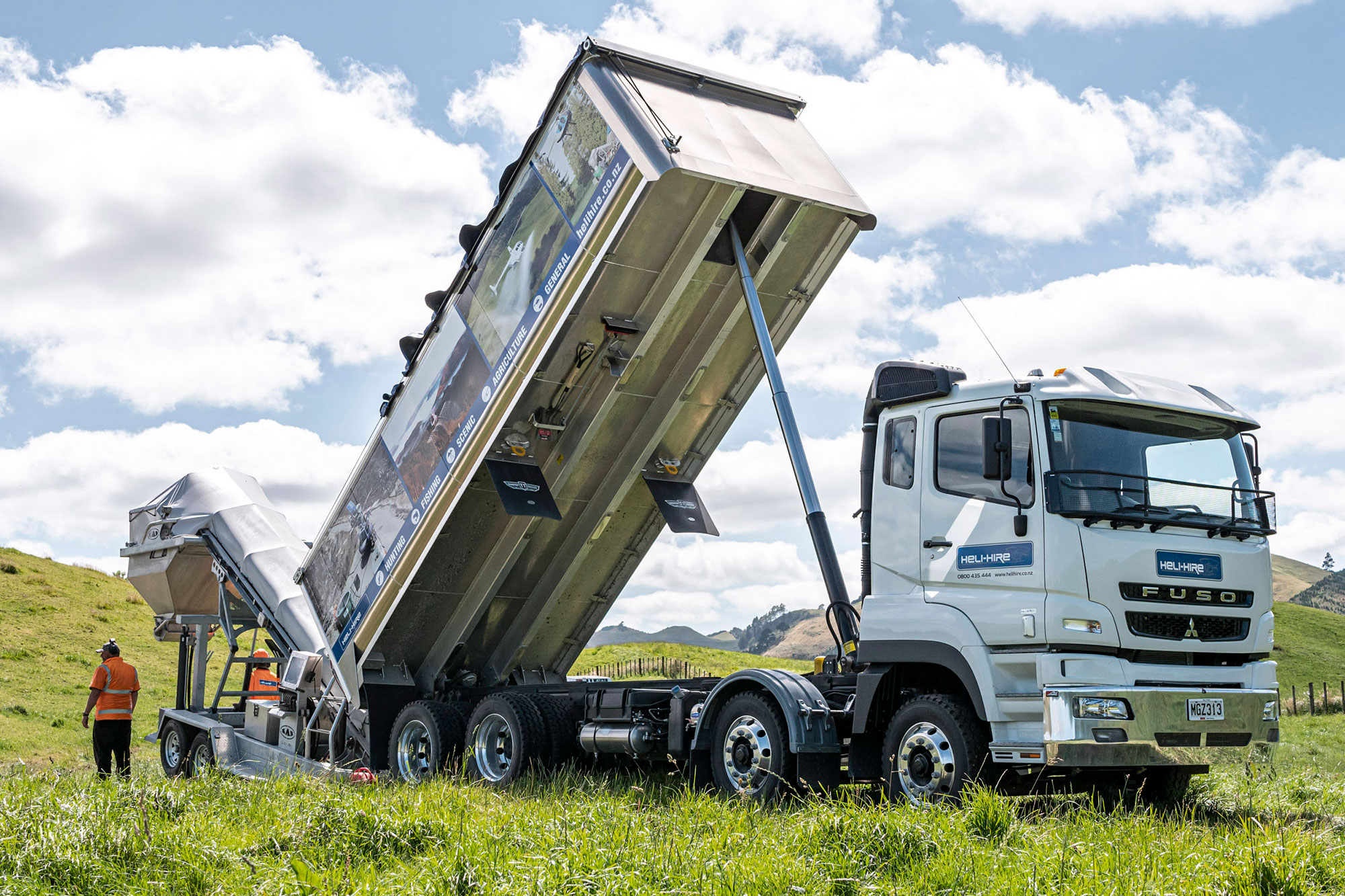 David got his helicopter licence straight out of school with his father and quickly saw a gap in the Rotorua market for an agricultural spraying service. That was 17 years ago. While much of Heli-Hire’s work is still the agricultural niche they started with – spraying, top-dressing and forestry – they’ve also taken on a greater variety of jobs.

“We’re lucky to have such a broad range of clients. We might be dropping fert in the morning, then dropping a couple of hunters into remote spots in the afternoon.”Having started small and grown gradually, working with contractors and used gear, Heli-Hire now relies on a range of specialised equipment and six full-time staff. David says truck reliability is as critical in his line of work as in any other, with all the dots needing to join up to avoid having expensive gear sitting around doing nothing.

“The weather plays a huge part in what we do. When it’s right, we’ve got to keep working.”

When it came to investing in a brand-new truck, David and his senior driver Glenn, who has been with Heli-Hire for four years, researched thoroughly before settling on the FUSO HD FS3147.

“We couldn’t be happier,” says David. “We now have two HDs and they have been outstanding. Glenn is in them all the time and will tell you at length how much he likes them.”

Having been behind the wheel of a number of trucks in his time, Glenn is a tough critic.

“We checked out a lot of trucks before making a decision,” says Glenn. “HD came out on top for the all-round package. Critically, we found the HD has plenty of power when fully loaded and the all-round drive quality is excellent – much better than the others we tested.”

After initial scepticism, Roadranger stalwart Glenn has been won over by the HD’s 12-speed automated manual transmission.

“Old autos I’ve driven were terrible, but this AMT is amazing. I wouldn’t go back. It’s also great for the young guys coming up from their Class 4, as it’s so easy to drive.”

Dave appreciates that his business is now in a position to reap the benefits of steady growth.

“We’ve had the older gear – you have to start somewhere in life. Some people might look at our new trucks and think we’re being a bit flashy, but the big things for us are performance and reliability. We’ve found the HD to be an awesome truck, very well priced, and we feel fortunate that we could buy two of them.”

As Heli-Hire continues to soar, supported by FUSO, the business retains the humble outlook of its modest beginnings.