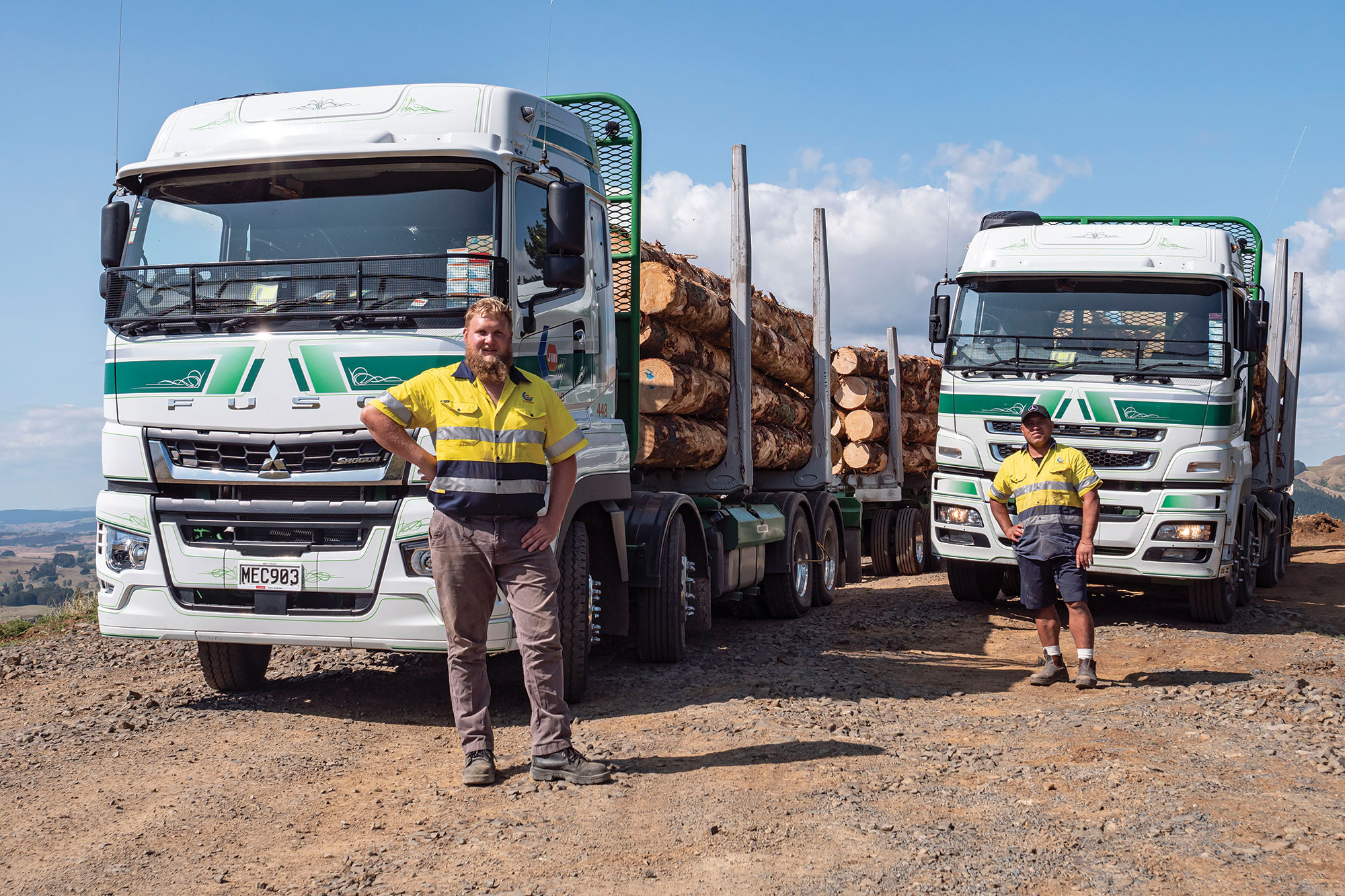 SHOGUN LOGGER ‘A CUT ABOVE’

For a young guy, Jason Inness has driven a fair few trucks in a fair few countries – now behind the wheel of a new Shogun FS3146 8x4 logger, he’s put FUSO at the top of his list.

After a varied driving career, the 27-year-old founded JWI Earthmoving Ltd in Te Awamutu (30km south of Hamilton) in 2015 and diversified into logging around two and a half years later. Of all the trucks he’s driven, he says Shogun has the best transmission and level of safety.

“I’ve driven road trains over Western Australia, and silage and grain trucks across the US and Canada – manuals and autos of American and European brands. The 12-speed ShiftPilot transmission on the Shogun is a cut above,” says Jason. “It knows when to
shift ahead of time, skipping two to three gears at once if it needs to. I just leave it in auto all day; it’s seamless..”

As a driver and as a business owner, Jason prioritises safety alongside performance: “Everyone has the right to make it home without getting hurt. It’s also good for business to ensure a safe working environment – we can’t make money if our drivers or our trucks are
out of commission.

“The list of safety features on the Shogun is incredible – lane departure warning, proximity control, driver fatigue monitoring, the electronic braking system. They’re all excellent features that make driving that much easier, and that much safer.”

Jason and his drivers are also enjoying getting out of the cab with a bit more energy at the end of the day: “Because its comfortable and easier to drive than a lot of other trucks, I can be in the Shogun for 13 hours and still want to do something afterwards.”

Alongside the Shogun’s smooth, gear shifting and safety features, Jason points to the inclusion of a Jake brake as another big tick against the truck’s credentials.

“With the Shogun’s three-stage engine braking, I can come down over the Kaimai Ranges on SH29 barely needing to touch the brake pedal. It’s amazing.”

As a logger, Jason says the 460hp Shogun has definitely got the chops.

“I think some drivers overestimate the importance of outright power. The Shogun has plenty for what we’re doing. We usually run at 46 tonnes, sometimes up to 53 [tonnes], and pull out of a 15% incline with ease when fully loaded.”